Mr. Elias Kefalidis joined KLM Equities (formerly KLM Construction Inc.) in 2007 as a VP in charge of acquisitions, and over the past 15 years, he has executed investments across numerous geographies with a focus on the West Coast. In his time at KLM, Mr. Kefalidis has overseen approximately $1.5 Billion in capital market transactions, as well as the development of numerous mixed-use projects in New York and Los Angeles. In recognition of his contributions to the firm, Mr. Kefalidis was named CEO in 2014. Mr. Kefalidis also co-heads a separate investment platform that invests in private investment funds as well as technology startups with a focus on defense, aerospace, artificial intelligence, and workforce retraining.

Prior to joining KLM, Elias Kefalidis received a B.A. from Brown University in 2006. Mr. Kefalidis also holds a Master’s of Science in Real Estate Development from Columbia University (2008). Mr. Kefalidis serves on the Board of Directors of Daniel’s Music Foundation, where he was responsible for acquiring and constructing the organization’s headquarters in Harlem, NY. Mr. Kefalidis also serves as a Trustee of the Citizen’s Budget Commission. 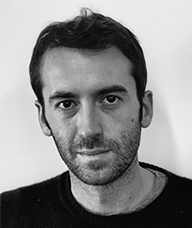